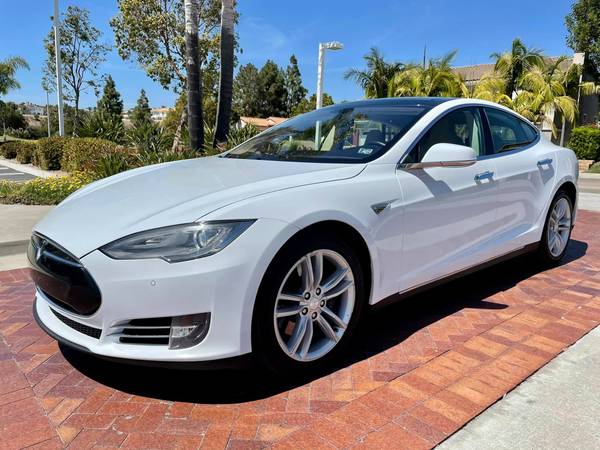 We are seeking to represent people who were injured by a Tesla on autopilot. If you or a loved one was involved in an accident the Tesla, the driver, or both may have been to blame, please contact us today for a free consultation and case evaluation.

The advent of fully autonomous vehicles that operate themselves is rapidly approaching, and questions are already floating around over who should pay in the event of a crash. It would appear as if much depends on the facts of each individual case. In a crash involving a 2016 Tesla Model S in Southern California recently, the car was on autopilot at the time that it exited a freeway. It traveled down the exit ramp and through a red light, into an intersection where it broadsided another car. The Tesla’s data logs indicate that its operator was alerted 14 times to take manual control of the vehicle, and they failed to do so. That raises the question of whether the Tesla’s autopilot should have automatically shut down before the crash when the vehicle exited the freeway.

Tesla’s position is that it has been made abundantly clear to consumers that none of its vehicles are fully autonomous. Even when a car is on autopilot mode, active participation is required by whoever is in the driver’s seat. In the case above, it makes it easy to place liability for the crash on the person in the driver’s seat of the Model S pursuant to the law of negligence. That doesn’t make the insurance industry happy. In the future, if a fully autonomous vehicle is on autopilot and involved in a crash, and there’s no driver to ask, insurance companies will want to learn obtain information about the crash that’s stored in the vehicle’s data log.

Manufacturers are certainly expected to object to requests to gather and disclose information in data logs. They’re concerned with liability being pushed over onto them under California product liability laws. An auto liability insurance company might end up dodging a claim while the manufacturer gets stuck with it. At this point in time, there aren’t any statutory or regulatory state or federal laws in connection with fully autonomous vehicles. That’s primarily because no such vehicles are available to be purchased by the general public. It appears as if discussions between insurance companies and manufacturers are ongoing though, especially in light of the fact that fully autonomous vehicles are being tested every day. So far, Volvo is the only autonomous vehicle manufacturer that appears to have stepped up and accepted responsibility

In the foreseeable future, fully autonomous vehicles will likely reduce the number of motor vehicle crashes. Driver error will be drastically reduced, as will auto insurance premiums. No-fault auto insurance might become a more attractive choice for legislatures across the country. Given the possible substantial financial consequences to manufacturers, a new liability standard might need to be created that’s more owner friendly yet less costly to manufacturers.

Improvements are being made on autonomous vehicles with each model year.  Technological improvements have left 2016 technology at the starting line in the dust. It’s entirely possible that Tesla’s technology could provide for automatically switching over to manual control under the circumstances of the exit ramp intersection crash mentioned above. If it still can still only warn the operator as it was intended to do, it fulfilled its purpose. Then, liability for the crash would be attributable solely to the Tesla operator.

Whether it’s driver error or product liability, determining the cause of a crash can quickly become complicated. You’ll need to speak with an experienced and respected car accident lawyer as soon as you can after becoming the injured victim of a crash that was caused by somebody else. Contact us at Quirk Accident and Injury Attorneys, APC as soon as you can for a free consultation and case evaluation. If we’re retained to represent you, we’ll explore every possible source of compensation for your injuries and damages.